SKU:
CHXM177125
UPC:
Availability:
sometimes in stock, sometimes made to order, could have a wait time of up to 5 weeks
Extremely Limited Production and Availability:
We are getting different barrels in every month, but usually only one brand per month. 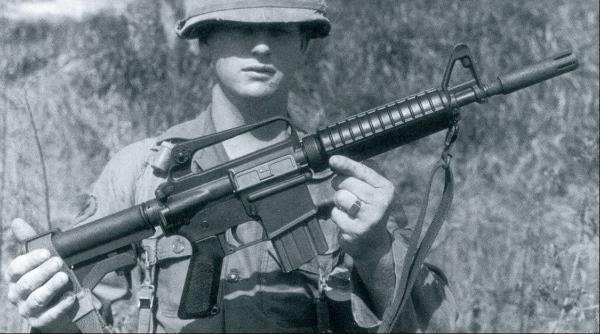 Here at Charlie's, our love of clones encompasses all military rifles. Because there are so many variants of the CAR-15, we asked Potomac Armory to put together a kit for our customers who want a non-NFA barrel option. They started by cutting down a government M4 contour 14.5" FN or Colt barrel to 12.5". It retains the carbine gas system and the traditional A-frame type front sight base, and the barrel smiths open the gas port a smidge since the barrel is getting shortened.=. The muzzle device is a XM177 flash hider. This is pinned and welded to bring the total barrel length above the 16" mark. The delta ring assembly is pre-installed, and a set of Colt "skinny" handguards round out the package.  Yes, 6 holes.  Charlies does the hard part of sourcing all the right parts and working with Potomac Armory, this barrel assembly is made with genuine parts and the art of love.

When the topic legendary special forces comes up, several units come to mind. Those who are only slightly acquainted with the topic may bring up the Navy SEALs or Delta Force. People more familiar with the topic will mention Marine Raiders or Airforce PJs. One unit that gets left out of many of these discussions is MACV-SOG, the Military Assistance Command, Vietnam – Studies and Observations Group. SOG units worked behind enemy lines on a variety of mission types, utilizing new equipment and tactics that would become the standard in future conflicts. A weapon that was ubiquitous with Vietnam era SF was the CAR-15, aka the Commando. This short barreled variant of the M16 would set the pace for all future carbine variants. While multiple weapons would be called Commandos, one common feature was the distinct muzzle device.